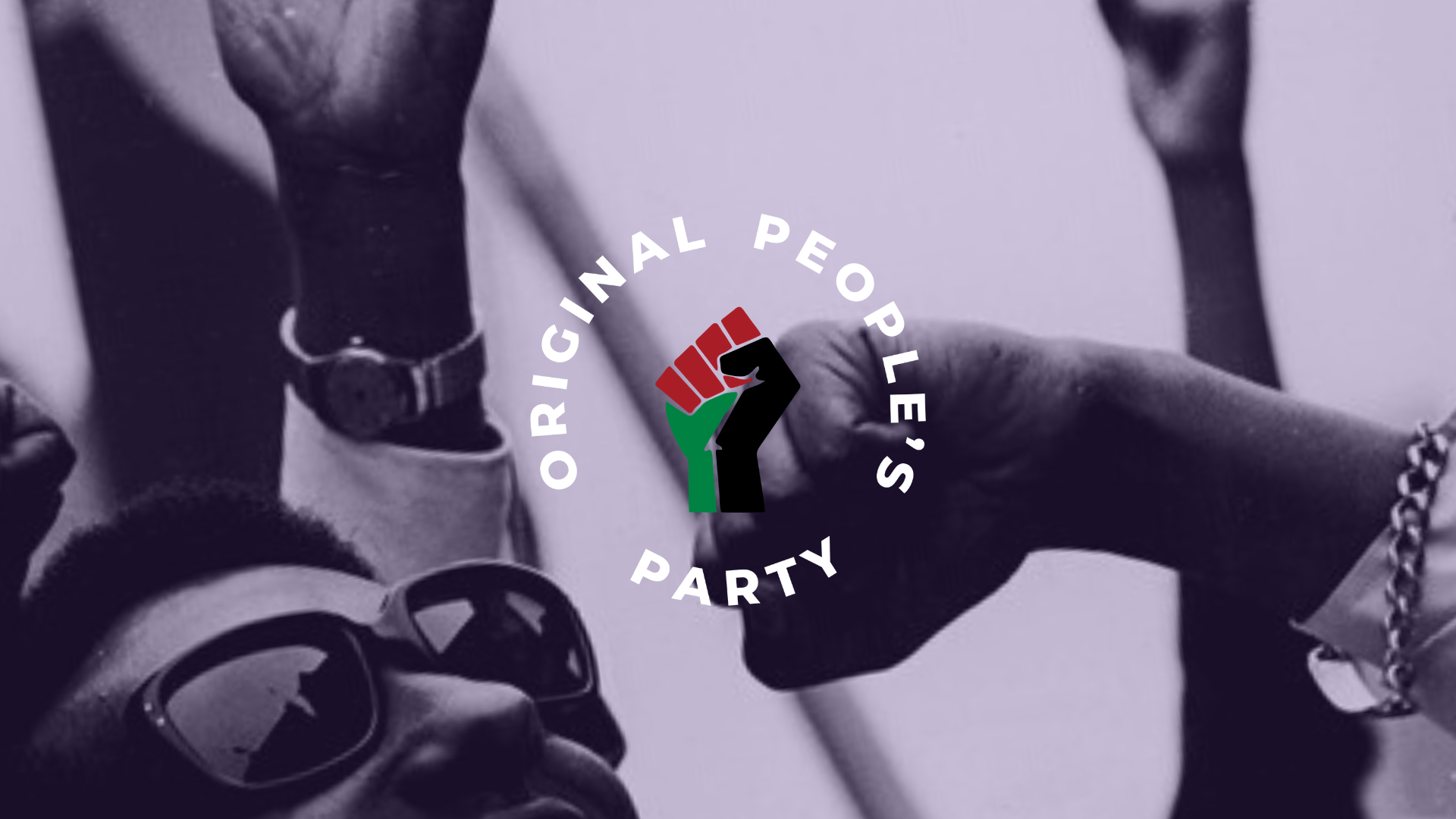 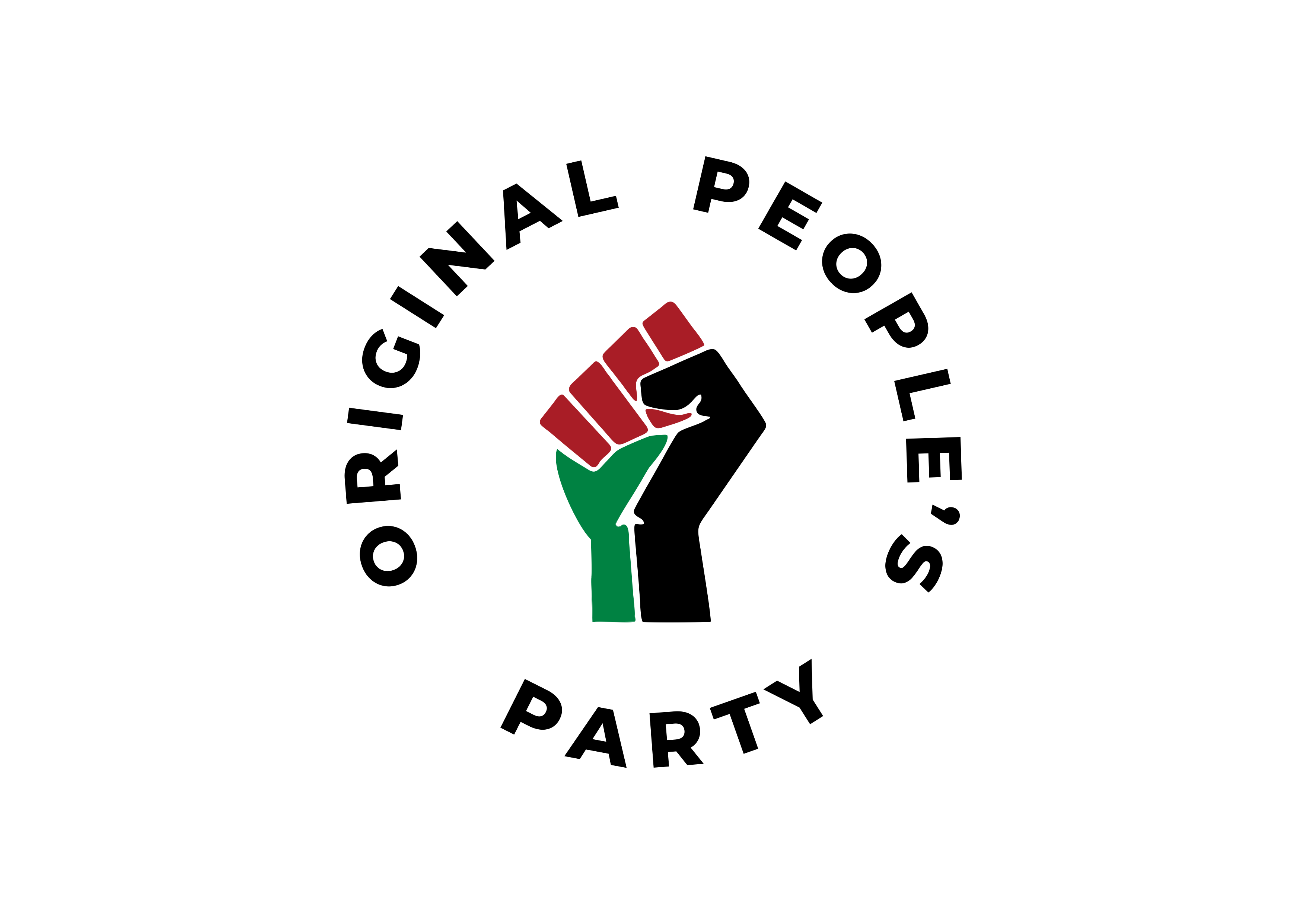 “This perception of and orientation toward power on the part of Afrikan peoples, is but a [prescription] for their unending subordination, exploitation, and ultimately, when it is convenient to the purposes of their oppressors, their genocidal demise”

Welcome to the Original People’s Party (OPP) official website! Thank you for taking the time to read this and we hope we’re able to articulate the purpose of this letter and the organization.

OPP is founded by Deshawn Coy, a Black Afrikan who resides in New York City. The purpose of founding OPP is to build a race-first Pan Afrikanist organization that is able to produce an alternative mode of development for Black Afrikan people in the diaspora and continent. We aim to accomplish this objective through three avenues: collective economic development, a machine-building and skills training “INFRA Project” (INFRA short for infrastructure), and monetary system; with further details described below:

The motivation for me to embark on this path of development is that, as a race of people, who has for approximately five centuries has been enslaved, colonized, Jim Crow-segregated and subjugated into the lowest levels of society (regardless if we’re in the motherland or diaspora), I’ve seen little hope that current conditions will be changing anytime soon in the future.

The Western capitalist world (led by as the United States and its allies in Europe), has already used up the usefulness of the Black race who, as enslaved laborers, helped mined the wealth of conquered territories in Africa to build the Western World; which enabled it to take those profits and conquer other parts of the world for the shareholder gain of a small white minority. This leaves us as an unwanted class of people who the dominant society would prefer to not address as long as the status quo remains.

While the token symbolic improvements of the 1960s Civil Rights/Decolonization era offered concessions such as flag independence (in Africa, Caribbean, and elsewhere) along with legal protections and access to education for our people in the US, the indebtedness of our past and contemporary mainstream leaders of the last 50 years to the white power structure has proven to be unable to or unwilling to address the core economic and social issues that continue to hamper us decades later. It is my belief without a change in course of direction as a race, we will find ourselves in the forthcoming decades (possibly centuries) repeating the same pattern of dysfunction, underdevelopment, impoverishment, and from a geopolitical sense, having to choose between the lesser of two competing imperialistic evils, neither of whom who has the best interest of Black Afrikan people at heart. Therefore, it is these elements that motivate me to create an alternative for our people and hopefully set an example for other oppressed peoples around the world.

It must be understood this pathway of development will not be an easy task. Our opposition and its competitors are very organized and will be actively preparing to disrupt any developmental efforts on behalf of Afrikan peoples. Fortunately for us, over the last century, there have been sacrifices by our ancestors that resulted in lessons to be learned on our part that makes me feel very confident we will be able to face these challenges.

In conclusion, it is my belief, similar to the belief that the Most Honorable Marcus Mosiah Garvey held approximately a century ago, that a race-first Pan Afrikanist ideological approach will build a stronger long-term geopolitical alliance that we as Afrikan people can use as a foundation for future development and security.

Hope you will join or support us on this journey for Black Afrikan Liberation.

Peace and Black Power and Blessings to the Ancestors!